Founded Feb. 12. 1909, the NAACP is the nation’s oldest, largest and most widely recognized grassroots-based civil rights organization. Its more than half-million members and supporters throughout the United States and the world are the premier advocates for civil rights in their communities, campaigning for equal opportunity and conducting voter mobilization.

The history of the NAACP is one of blood, sweat, and tears.  From bold investigations of mob brutality, protests of mass murders, segregation and discrimination, to testimony before congressional committees on the vicious tactics used to bar African Americans from the ballot box.  It was the talent and tenacity of the NAACP members that saved lives and changed many negative aspects of our society.  While much of its history is chronicled in books, articles, pamphlets, and magazines, the true “movement’ lies in the faces – black, white, yellow, red, and brown – united to awaken the conscientiousness of a people and a nation.

The Cleveland Branch was established in 1912 with the goal of improving the political, educational, social, and economic status of minority groups; to eliminate racial prejudice; to keep the public aware of the adverse effects of racial discrimination; and to take lawful action to secure its elimination, consistent with the efforts of the national organization and in conformity with the Articles of Incorporation of the Association, its Constitution and ByLaws and as directed by the National Board of Directors.

Over the years, the Cleveland Branch of the NAACP has helped those in the community who are without any other means of assistance through a variety of programs and services. 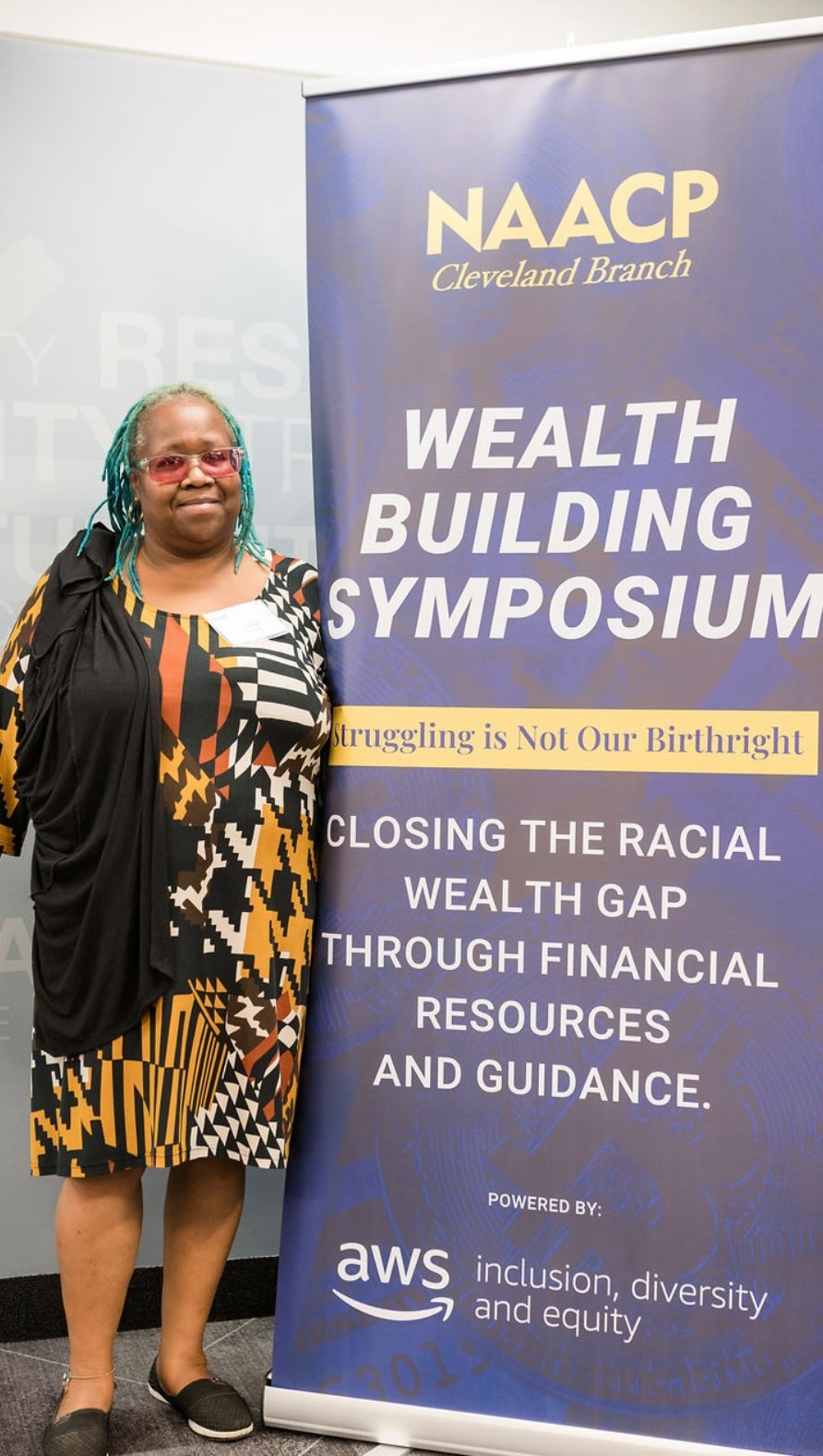 naacp_cleveland
•
Follow
This month we focused on closing the racial wealth gap at our Wealth Building Symposium! There were powerful 💎 gems , & resources shared to ensure our Black community can thrive and have financial success in a world that believes struggling is the birthright for Black African Americans! #StrugglingIsNotOurBirthright We’re closing the gap! If you want WEALTH Be Wealth Talk it Think it Prepare yours to have it!
View on Instagram |
1/14 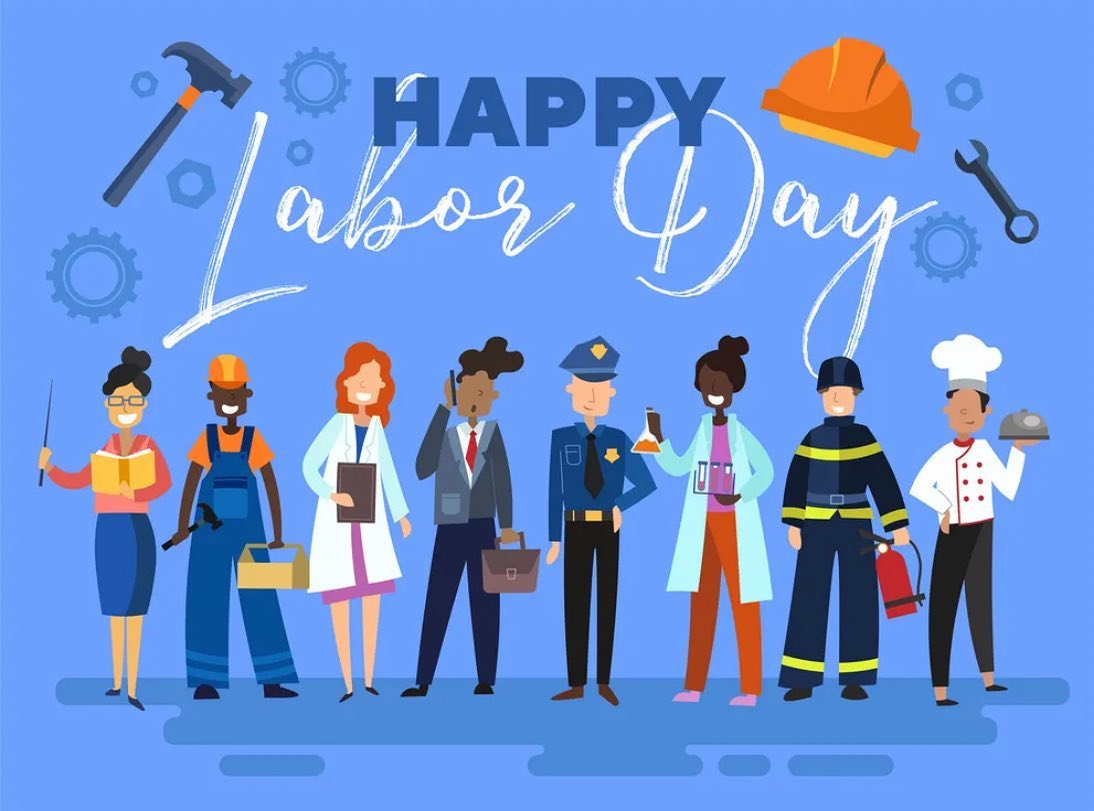 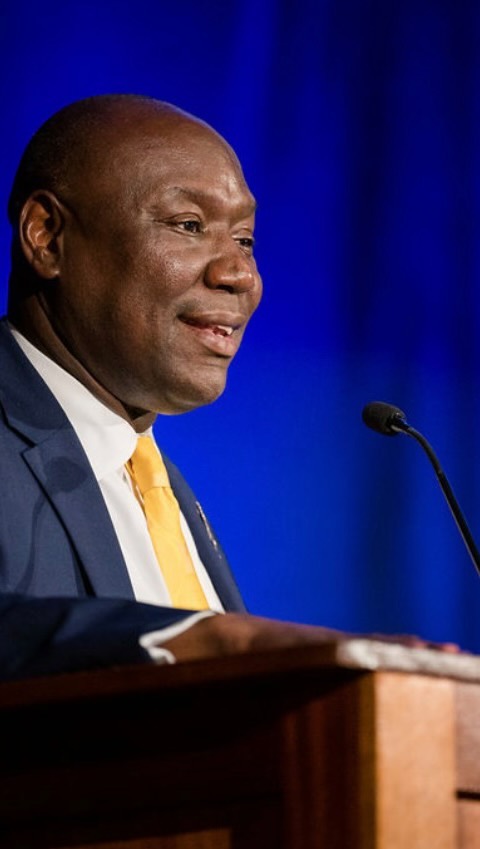 naacp_cleveland
•
Follow
Anyone want to run it back to last Saturday?! We do! 🖐🏾 What an amazing celebration of Black Excellence! Thank you to each and everyone who came out to support our 110th Freedom Fund Dinner! Congratulations to our Corporate Honoree @timothytramble and award recipients! Thank you for your outstanding work in our community! We truly appreciate all the hard work! To our amazing keynote speaker @attorneycrump Thank You! Our words can not express the feelings and appreciation we have for you! Your message and gems shared was beyond remarkable! 🥂Cheers to Black Excellence🥂 #naacpcleveland #naacpfreedomfunddinner #ohioevents #blackohio #leading #advancing #advocating
View on Instagram |
3/14 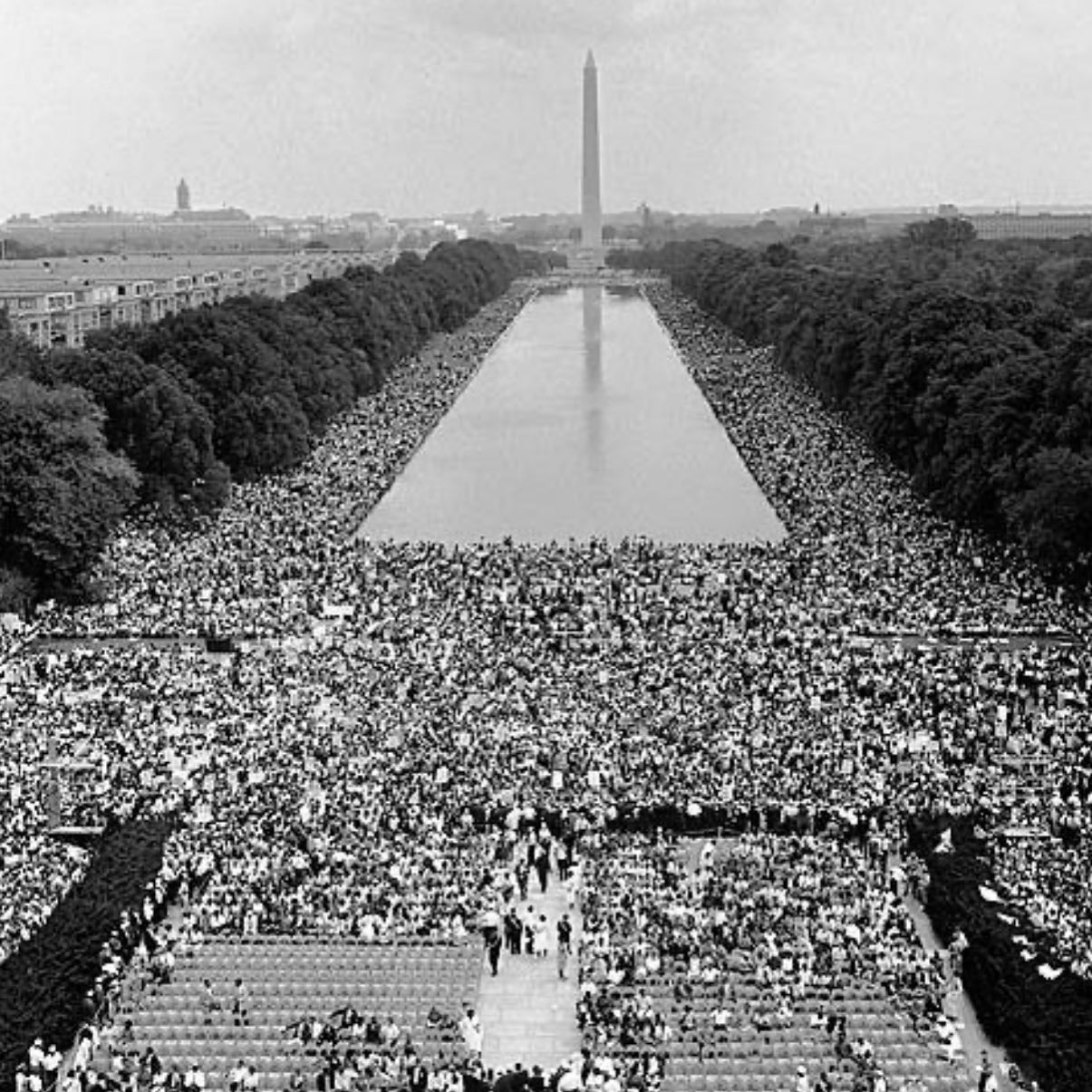 naacp_cleveland
•
Follow
On today 59 years ago, Martin Luther King Jr. spoke on the steps of the Lincoln Memorial for the March on Washington for Jobs & Freedom inspiring millions with his words, dream,& vision for a better future! We shall continue the fight for a better future!💪🏾 LET FREEDOM RING🔔✊🏾
View on Instagram |
4/14 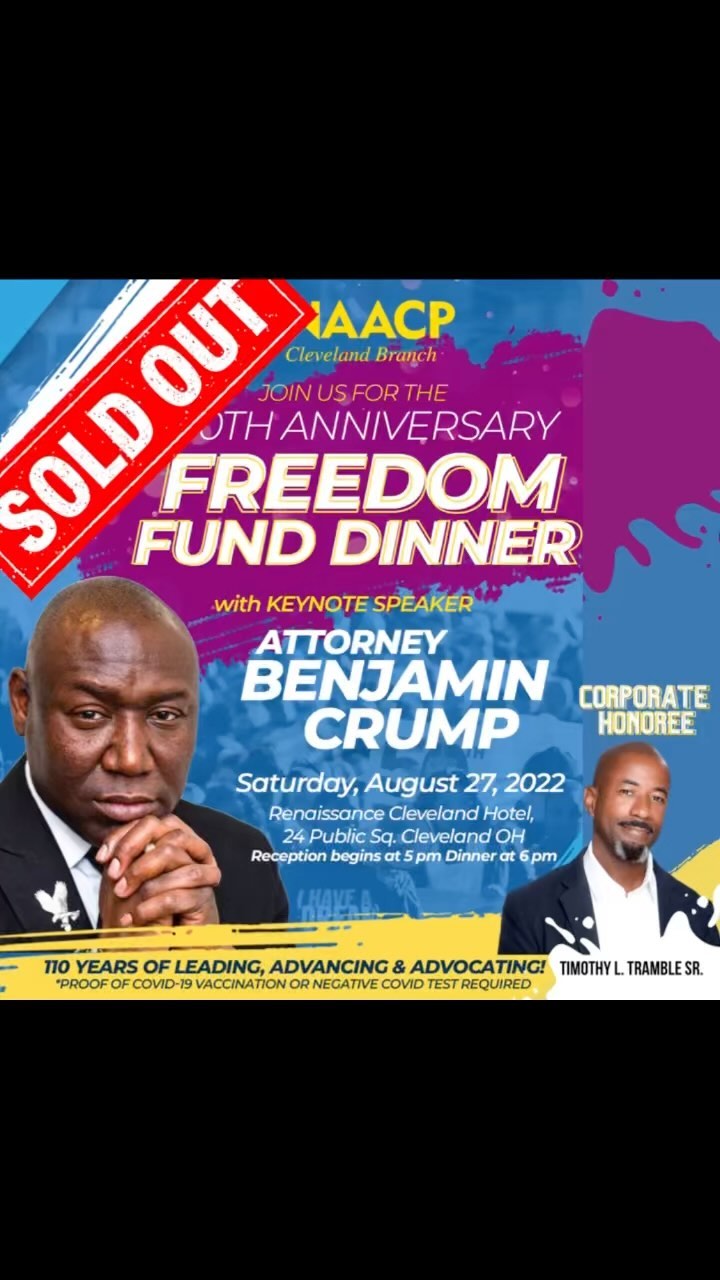 naacp_cleveland
•
Follow
The dinner is officially SOLD OUT!!! We will have over 650 guests in the room. Didn’t get your ticket? No worries meet us at the Afterparty $20 ONLINE SALES ONLY Ticket includes heavy hors d’oeuvres and specialty cocktails while supplies last! Hit the link in our bio to purchase come party with a purpose!!!!
View on Instagram |
5/14 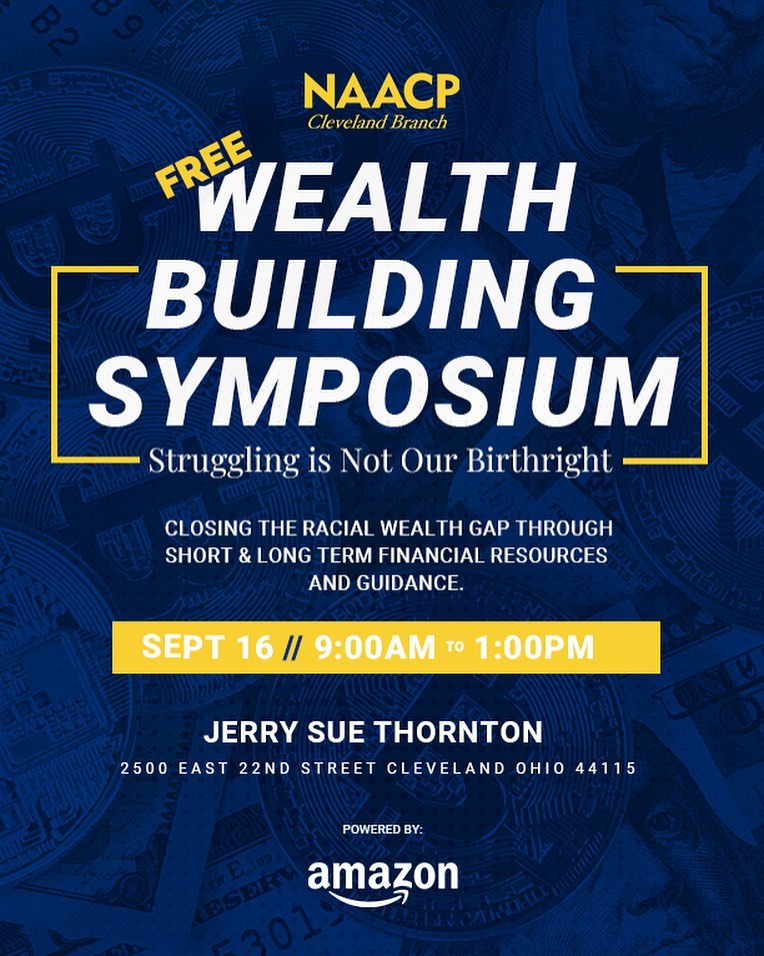 naacp_cleveland
•
Follow
There are many components in life but two of the major components many tend to focus on are: 1. Legacy 2. Wealth Let’s talk wealth! Research shows that the average Black household wealth median is 7.8 times less than the average white household wealth median. Let’s close the Gap! Join us on Sept. 16th for a free symposium to learn more about Wealth Building! 🎟Ticket link in our bio 💪🏾Struggling is NOT our Birthright! 💪🏾 #NAACPCleveland #Ohioevents #blackohio #blackwealthmatters
View on Instagram |
6/14

naacp_cleveland
•
Follow
Join us in congratulating our 2022 Freedom Fund Dinner Awardees. Don’t have your 🎟 yet? Well there’s still time to grab one to come celebrate 110 years of Leading, Advancing and Advocating. Link in our bio!
View on Instagram |
7/14

naacp_cleveland
•
Follow
Yesterday’s Legislative Breakfast was was phenomenal. Thank you to all who participated and attended. It starts with us! #TheWorkContinues✊🏾
View on Instagram |
8/14 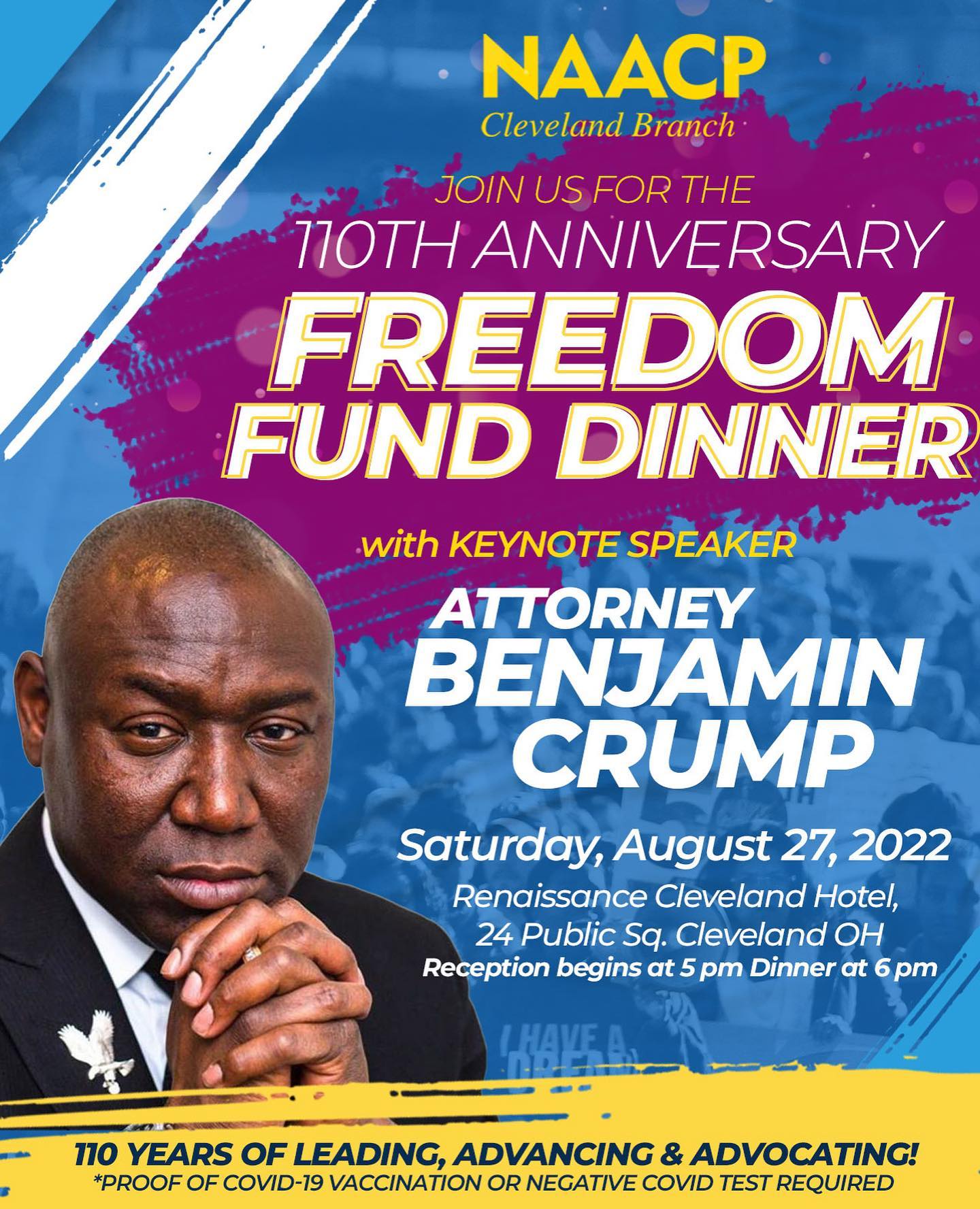 naacp_cleveland
•
Follow
🎙In less than 3 weeks we will celebrate the 110th Anniversary Freedom Fund Dinner! The dynamic @attorneycrump will be our keynote speaker. You DON’T want to miss this! Join us for this joyous occasion celebrating our Black Excellence of LEADING, ADVANCING, & ADVOCATING! Be sure to grab your ticket today! The link is in our profile bio ⬆️ above. 🎟Individual tickets are now available🎟 See you there! #NaacpCleveland #OhioEvents #NAACPCLE110
View on Instagram |
9/14 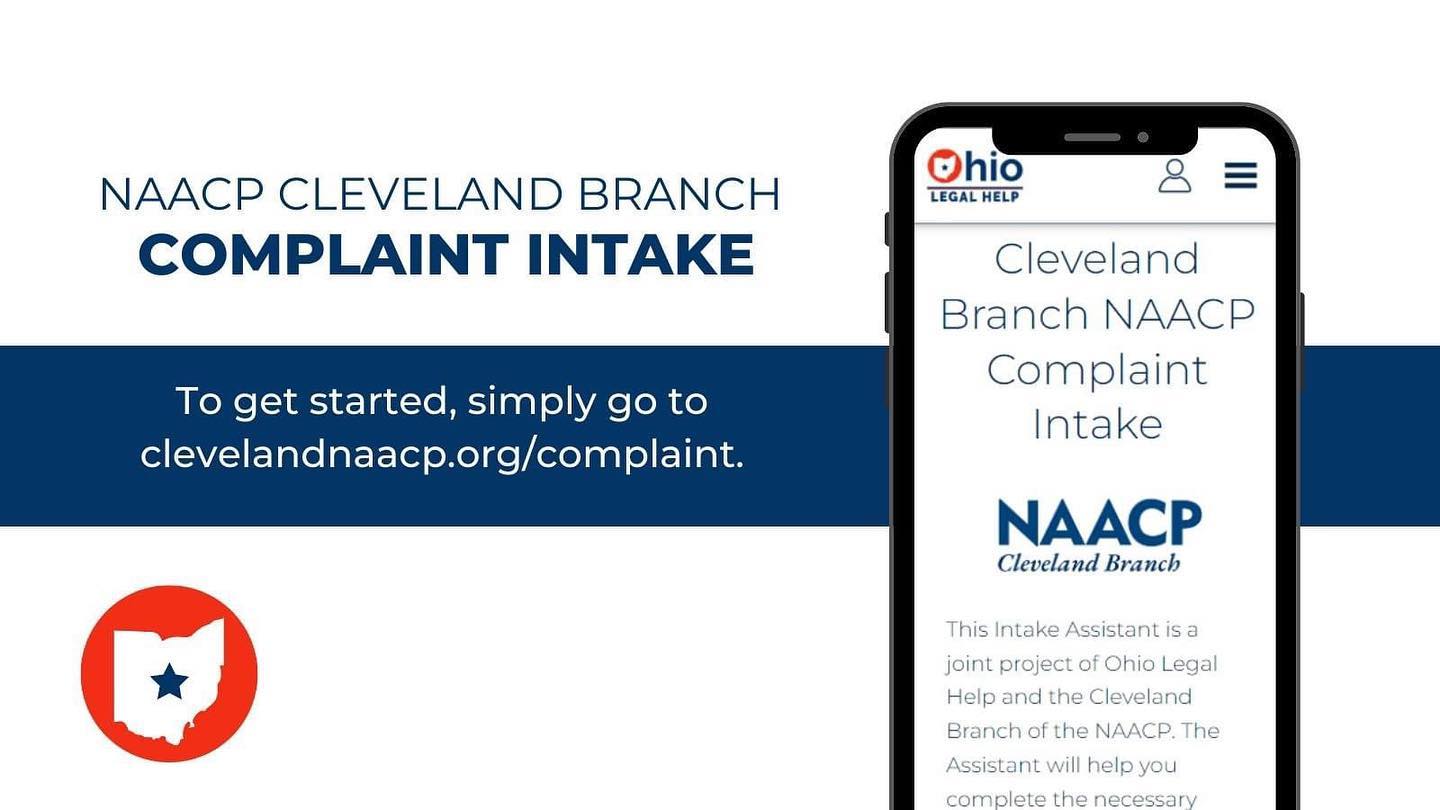 naacp_cleveland
•
Follow
We've just launched the Complaint Intake Assistant through a partnership with Ohio Legal Help. The Assistant will help you complete the necessary information for the Cleveland NAACP to review your request for help with discrimination. Visit the link in our bio
View on Instagram |
10/14 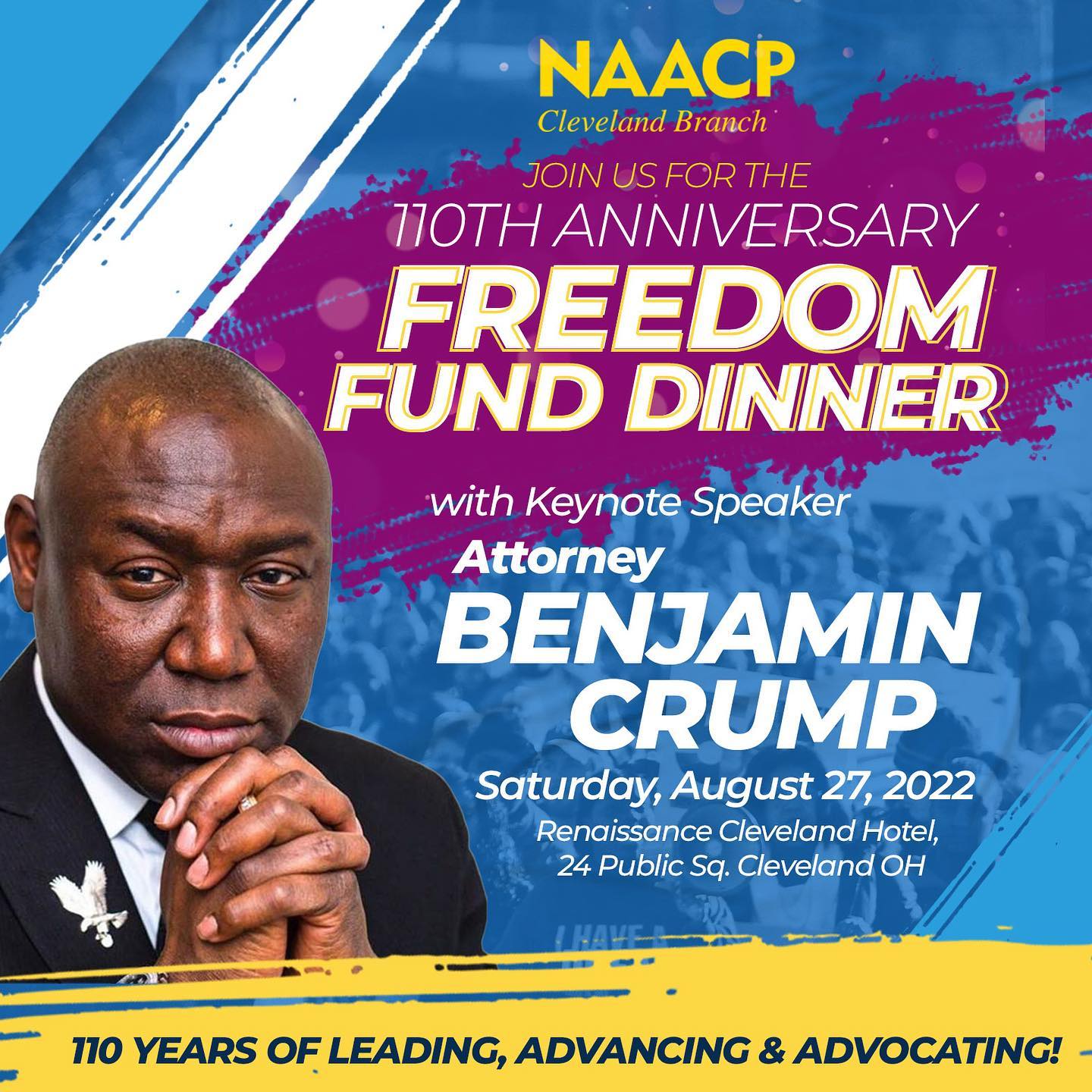 naacp_cleveland
•
Follow
110 Years of Leading, Advancing, and Advocating. @attorneycrump is a great friend to the NAACP and we are honored to have him bring the keynote address at our dinner on Saturday, 8/27 at 6pm. Sponsorship and Ads are still available. Individual tickets available for purchase beginning 7/30. #NAACP #BlackLivesMatter #Civil
View on Instagram |
11/14 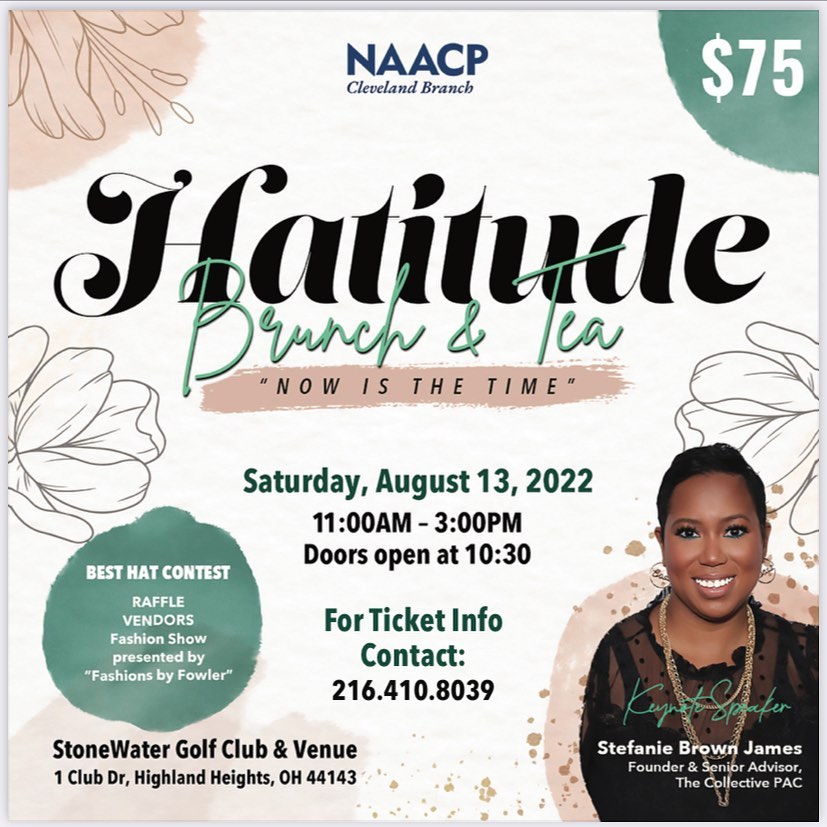 naacp_cleveland
•
Follow
We’re less than 1 month away from our annual Hatitude Brunch & Tea with @stefbrownjames from @collectivepac 🫖 Collective Pac is our nation’s largest political action consortium with a phenomenal mission to build Black political power by electing and supporting African American officials! 🫖 Join us for a day of uplifting, networking and raising awareness! 🫖 Purchase your ticket 🎟 Grab your hat 👒 Meet us there! 😀 #ohioevents #naacpcleveland
View on Instagram |
12/14

naacp_cleveland
•
Follow
We want to say CONGRATS and best of luck to Carrington Hughes @carringtonhugs. Carrington competed in our local ACT-SO competition and won a Gold Medal for her original essay. She’s a student at @shaker_schools. We’re excited that she’s representing the branch at the @naacp National ACT-SO competition in Atlantic City, NJ. We are grateful that proceeds from the #TasteOfBlackCleveland helped to support covering the cost to get Carrington, her mom and our ACT-SO advisor @tiamarshaesanford to the competition. Swipe to see more about the #TasteOfBlackCleveland and grab your tickets so we can send more students next year.
View on Instagram |
13/14

naacp_cleveland
•
Follow
It’s #TBT so we saved this announcement for today. In addition to the 20 finalists we’re bringing back 6 of our previous winners. @pearlskitchencle @blackboxfix @saucethecity @koncious_kuisine @clevelandmofongo @floodssouthside We will feature some of their signature dishes as well! They are all gracious enough to make room for the next crop of competitors but what would a #TasteOfBlackCleveland be without them? Get your tickets ASAP!!!
View on Instagram |
14/14
View on Instagram
Scroll Up